Cecile Klein, 114 years of old, after surviving two deadly pandemics have passed away.  Klein was also the oldest person among the Jews of the world and the oldest lady in Canada.

“She was always in relentless pursuit of finding something good, positive, and beautiful from everybody and everything in her daily life.” her daughter Harriet Nussbaum said in her interview.

“When someone entered into her room at Maimonides, she would often say: I do not remember your name but I know I like you.”

She was born in 1907 in Montreal and when the Spanish flu pandemic brightened up in 1918 Klein would go with her father who was a pharmacist from door to door to check and help those who were too weak to cook for themselves.

At the age of eleven years she would drop meals, soup and potatoes, which her mother made for the needy people, at the door, ring the bell and run away to avoid infectious disease. The compassionate feelings to love humanity were inculcated in her by her parents from the very beginning of her life.

Who knew after 102 years later, Klein would be the first person to be vaccinated against COVID 19 as the oldest person in the world during the second pandemic holding the world in its grip.

“She lived each moment of her with full pleasure and delight.” Her family said.

She was curious enough to know about new and newer things and as a lifelong learner consistently learnt about the law, medicine, and science and attended seminars of lecturers.

She was a big fan of Dr Joe Schwarcz and carried one of his books during flights whenever she visited her children in California.  She was keen to keep herself informed about current affairs and read newspapers on daily basis, without glasses even at the age of 111 years.

You May Also Like: Tribute To a beacon Of inspiration and hope Lincoln Alexander

She was a lover of travelling and knowing about new places and people. She travelled the world until his father died in 1999. After that, she travelled with her family members till the last few years of her life.

During the latter years of her life, she developed an interest in theatre, education, and travel.

She attributed good genes as a credit to her longevity as her great grandmother lived up to 103 years. Another reason behind it was red meat, her daughter joked.

The steak was her favorite one and she loved it.

When she was buying a watch in her mid-90s, she largely insisted to buy the watch with a ten years guarantee.

She was entirely independent, said her granddaughter Elaine Nussbaum even if her cane fell to the floor, she would not let others pick but insisted to pick it up herself. 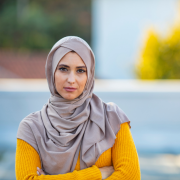 Ivana joined Rated Viral in 2017. She is a full-time writer with a background in digital marketing. In her spare time, she spends time with her large family and kids. 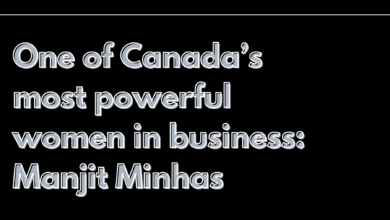 One of Canada’s most powerful women in business: Manjit Minhas 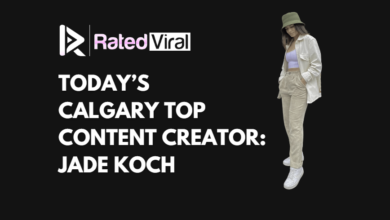