A movie date is one of the best ways to spend time with your boyfriend. It can be a really good opportunity to get to know each other better. It is important to choose a movie that you both like. If you are still determining what he likes, take him to the movies and ask which one he wants to see. You can also ask his friends or family for advice on what he likes or check his Facebook profile for clues about his favorite movies and TV shows.

It’s also important to find out if the person has any allergies or food restrictions because it will affect where you go for dinner before the movie starts.

Here are some of the best movies that you should watch on a movie date with your boyfriend:

The Notebook is a 2004 romantic drama film based on the novel of the same name by Nicholas Sparks. This classic, heart-warming romance will get you in the mood for love. It follows the story of Noah and Allie, two young lovers who are separated by their social classes and Allie’s family. After years apart, they reunite and must navigate their feelings for each other while dealing with their past challenges. The film stars Ryan Gosling and Rachel McAdams as the main characters and features an ensemble cast including James Garner, Gena Rowlands, and Sam Shepard. It was a box office success and received positive reviews for its emotional performances and romantic story.

2- The Fault in Our Stars

The Fault in Our Stars is a novel by John Green that tells the story of two teenagers, Hazel and Augustus, who meet and fall in love while battling cancer. The novel explores themes of love, loss, and the power of human connection in the face of tragedy. Despite their illnesses, Hazel and Augustus find strength in each other and experience the beauty and pain of love. The novel was critically acclaimed and became a bestseller, leading to a successful film adaptation in 2014.

Casablanca is a classic Hollywood film released in 1942. It stars Humphrey Bogart as Rick Blaine, a cynical American who runs a café in the city of Casablanca during World War II. The film also features Ingrid Bergman as Ilsa Lund, a former lover of Rick’s who arrives in Casablanca with her husband, Victor Laszlo (Paul Henreid), a resistance leader on the run from the Nazis.

As the film progresses, Rick must confront his own past and decide whether to help Ilsa and Victor escape the city. The film is known for its timeless love story, its iconic lines and scenes, and its portrayal of the complex moral dilemmas faced by those caught up in the conflict of World War II.

When Harry Met Sally is a 1989 romantic comedy film starring Billy Crystal and Meg Ryan. The movie follows the story of two friends, Harry and Sally, who meet on a road trip from Chicago to New York and eventually fall in love. Despite their initial platonic relationship, the two must navigate the challenges of modern dating and the complexities of their own personalities to find happiness together. The film is known for its iconic scenes, including the famous “I’ll have what she’s having” line from a diner scene, and has become a classic romantic comedy.

Love, Simon is a 2018 American romantic comedy-drama film directed by Greg Berlanti and written by Isaac Aptaker and Elizabeth Berger. The film stars Nick Robinson, Josh Duhamel, and Jennifer Garner. It is based on the novel Simon vs. the Homo Sapiens Agenda by Becky Albertalli.

The film follows Simon Spier, a high school student who is gay and has yet to come out to his friends and family. He falls in love with an anonymous classmate online, but their relationship is jeopardized when a classmate threatens to reveal Simon’s secret. Simon must navigate his feelings for his anonymous crush and the pressure of coming out to his loved ones.

La La Land is a 2016 American romantic musical film written and directed by Damien Chazelle. The film stars Ryan Gosling and Emma Stone as two struggling artists in Los Angeles who fall in love while pursuing their dreams in the entertainment industry. The film’s narrative follows their relationship as they navigate the challenges of their careers and the city’s fast-paced lifestyle.

The film was a critical and commercial success, receiving widespread acclaim for its direction, performances, cinematography, and music. It was nominated for 14 Academy Awards, tying the record for most nominations with Titanic and All About Eve. It won six Oscars, including Best Actress for Stone and Best Director for Chazelle.

The Big Sick is a 2017 romantic comedy-drama film directed by Michael Showalter and written by Emily V. Gordon and Kumail Nanjiani. It is based on the real-life courtship between Nanjiani and Gordon and stars Nanjiani, Zoe Kazan, Holly Hunter, Ray Romano, and Anupam Kher.

The film follows Kumail (Nanjiani), a Pakistani-American stand-up comedian, who falls in love with Emily (Kazan), an American grad student. However, their relationship is complicated by Kumail’s traditional Muslim parents, who want him to marry a Pakistani woman. Things become even more complicated when Emily falls into a coma and Kumail has to deal with her parents (Hunter and Romano), who are not fans of him.

500 Days of Summer is a 2009 romantic comedy-drama film directed by Marc Webb. The film follows the relationship between a young man named Tom, played by Joseph Gordon-Levitt, and a woman named Summer, played by Zooey Deschanel, who Tom falls in love with despite their mutual agreement to be friends only. The film is known for its unique narrative structure, which tells the relationship story out of chronological order. Critics praised the film for its clever storytelling and engaging performances by the lead actors. It has since become a cult classic.

The Princess Bride is a 1987 romantic fantasy adventure film directed by Rob Reiner and starring Cary Elwes, Robin Wright, Mandy Patinkin, Chris Sarandon, Wallace Shawn, André the Giant, and Christopher Guest.
The film is based on the 1973 novel of the same name by William Goldman and follows the story of Westley, a farmhand who must rescue his true love Buttercup, who has been kidnapped by the evil prince Humperdinck. Along the way, Westley is aided by a band of misfit adventurers, including the skilled swordsman Inigo Montoya and the gentle giant Fezzik.

The Princess Bride is known for its witty dialogue, memorable characters, and timeless love story. It has become a cult classic and has received critical acclaim for its performances and direction.

“Pretty Woman” is a 1990 romantic comedy film starring Julia Roberts and Richard Gere. The film follows the story of a wealthy businessman who hires a prostitute to accompany him on a business trip and their unlikely romance develops. It was a huge commercial success and is considered a classic romantic comedy.

What kind of movies should you watch on a movie date? We have gathered some of the best movies for couples in this list. We hope these movies will give you some fun ideas for your next movie date with your boyfriend. 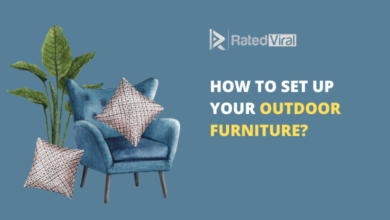 How to Set Up Your Outdoor Furniture? 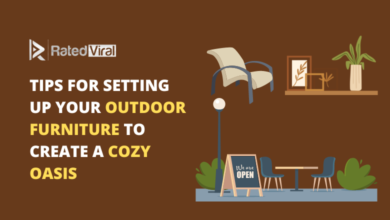 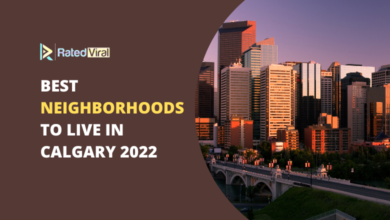 8 Best Neighborhoods to Live in Calgary 2023 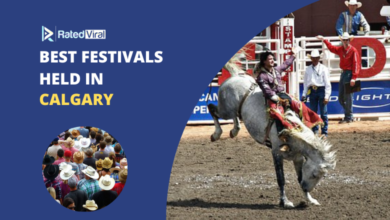