What should one do if he can’t decide between Calgary or Toronto? One is a renowned Ontario city that is sometimes mistaken for Canada’s capital, while the other is an affluent Alberta city home to the renowned global Stampede. Both have a lot to offer, so making a decision is difficult.

But we’re here to make things a bit simpler for you. Because these Canadian cities have a wealth of entertainment, cultural attractions, athletic events, nightlife, and delectable cuisine, particular distinctions should sway you toward one side. Are you a movie buff or a rodeo rider, for example? Do you prefer hills over lakes? Would you prefer to have a couple of drinks with the locals or dance till dawn? Whatever you’re searching for in a Canadian city break, we’ll help you figure out which one is best for you!

Overview of the Situation

Calgary has a small-town feel for such a major metropolis. It’s a vast metropolis that makes excellent use of its open areas and has a rural air, which the pleasant people aid. However, it is a thriving metropolis. Because it is the center of Canada’s oil and gas sectors, Calgary has a lot of money and prestige, which has helped it become a more multicultural city than you’d expect to find in the heart of cow country.

Arriving is a breeze owing to an international airport with direct flights to more than 70 locations. And getting about the city is as simple as hopping on a bike and cycling through Calgary’s massive bike network.

Toronto is significantly busier than Calgary and has a far more diverse population. Around half of the population was born outside of the country, and over 100 languages are being said to be spoken there. One of our personal favorites to do in Toronto is exploring the many neighborhoods, each formed by the people who live there.

The city center is quite walkable, and the skyline rivals that of Manhattan.  For visitors and residents alike, walking throughout the city is the preferred mode of transportation.

Summary: While Calgary has a rustic appeal, Toronto is the winner for an authentic metropolitan feel.

Calgary’s closeness to the mountains is one of its most appealing features. The spectacular mountain range provides various outdoor pleasures such as trekking, mountain climbing, hiking, and snow sports only sixty minutes away.

However, you don’t have to move out of the city to reconnect with nature. Picnic spots, dog walking acres, baseball pitches, and the urban oasis are part of Calgary’s parks. This lush haven, situated on the Bow River, is known as Calgary’s Central Park and is a great site to see animals in the city.

Toronto is located on the shores of Lake Ontario, one of the five great lakes, and is close to two others. Climbing, picnicking, and sailing vacations are all beckoning at these lakes. Visit Niagara Falls! It’s just an hour trip.

There are over 1300 parks to choose from in Toronto, so you’ll never be short of places to walk, bike, picnic, or rest. Take a boat to the gorgeous Toronto Islands, a metropolitan feature with attractions, coastlines, walking paths, theme parks, and other activities.

Summary: You can’t defeat the Rockies. Therefore Calgary is the only option.

The Calgary Stampede is the most important occasion on the Calgary calendar. The stunning yearly rodeo lasts ten days and attracts millions of tourists. It is one of the most popular reasons for visitors to come to Calgary, but it is far from the only festival on the calendar. There’s something for everyone about global music performances and the incredibly strange science, technology, and industry festival.

It’s all about the Toronto International Film Festival in Toronto, one of the world’s major film festivals. They host events such as documentaries and LGBTQ+ film festivals to keep the cinema mood continuing. But it’s not just about the big screen; whatever your interest, there’s a festival for it in Toronto, whether it’s sports, Canadian music, global dance, drama, art, or cuisine, or one of the numerous festivals honoring the city’s varied population. For a boisterous 3 week-long celebration, go to the Toronto Caribbean Carnival!

Summary: If you have to choose between rodeos and film festivals, you can’t go wrong with either, but if you’re undecided, we recommend Toronto for its diversity.

The cultural scene in Toronto is so vibrant that it overflows out of the city’s dozens of facilities and onto the streets in the form of pop-up exhibits and street artworks. The beautiful Aga Khan Museum themed to the history of Islamic culture, is one of the numerous museums relating to particular interests such as fabrics or footwear. The Art Gallery of Ontario’s local art shows is also worth seeing. The Canadian Opera Company and 180 other professional theater, ballet, and opera organizations are located in Toronto.

In the end, we’re going to declare it a tie. Both cities have a plethora of cultural attractions.

Calgary has the odd circumstance of having higher incomes than Toronto yet a lower cost of living. This implies that Calgary has a lot of discretionary cash, which means that the hotel, leisure, and retail businesses prosper. Consequently, it’s not uncommon for individuals to relocate from Toronto to Calgary to pursue a more easygoing and economical lifestyle with a bit of metropolitan flare.

Salaries are more modest in Toronto, but the cost of living in a significant city is relatively high. All items are subject to Provincial Sales Tax, which is not applicable in Calgary, and nightclubs, cafes, and amusement are subject to a small amount of ‘big city inflation.’ Consequently, the daily average cost of a holiday in Calgary is roughly CAD 170, compared to CAD 230 in Toronto. On the other hand, Calgary rates skyrocket in July, when the rush is in full swing.

Toronto is undoubtedly a foodie’s dream trip; the city’s many different themes in deliciously diversified but genuine cuisine. In Toronto, you may find every kind of world food, whether traditional or modernized. And although the people of Calgary are known for their warmth, the wait staff in Toronto has a tradition of providing exceptional service.

After supper, go to one of Toronto’s numerous late-night venues to party till morning. Whatever kind of nightlife you want, there’s an area for you. Whether it’s hanging out with students in The Annex, the LGBTQ+ community in The Village, or going crazy in the clubs on Ossington Avenue, there’s something for everyone. You’ll find everything in Toronto, whether artisan brewers live bands, global music venues, or raucous nightclubs.

Dishearten yourself now if you think Calgary is all beef and poutine. The city has a vibrant multicultural food scene that caters to various preferences.  In Calgary, vegans, vegetarians, lactose-free, gluten-free, and sustainably sourced diners will all find something they want.

Calgary’s cheerful, fun-loving residents also know how to have a good time after supper. Classic pubs, peaceful lounges, rowdy sports bars, concert venues, and hopping clubs are all available to keep you entertained on any given night of the week.

Summary: Calgary understands how to have a great time, but we have to award it to Toronto for pure excess.

So, if you’re looking for cowboys, pleasant rural vibes, and a taste of the high alpine life, travel to Calgary. Toronto is the place for a city vacation full of multicultural delights, buildings, graffiti artists, nightlife, and film festivals. 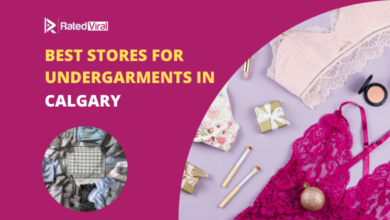 The 8 Best Stores for Undergarments in Calgary [2022] 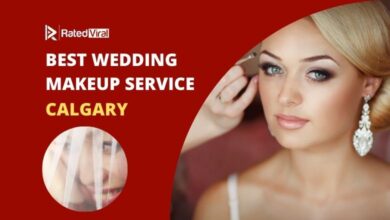 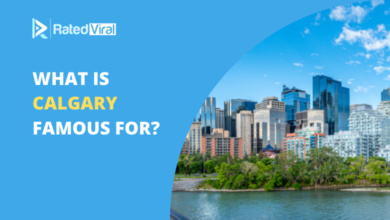 What is Calgary Famous For? 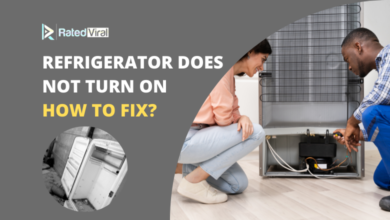 The Refrigerator Does Not Turn on ( How to fix?)