Depending on what you’re searching for, Edmonton may be visited all year long. Here are the top ten things to do in Edmonton.

1- Ride on the High-Level Bridge Streetcar

Take a trip on a vintage streetcar to get unique perspectives of Edmonton. The High-Level Bridge Streetcar is the highest river crossing for a streetcar in the whole globe! Travel to Edmonton’s Old Strathcona neighborhood from the city center.

The streetcars are operated by neighborhood individuals who do a fantastic job of educating passengers about Edmonton, the history of the streetcars, and the neighborhood. They don’t take cards, so be sure to have cash. Ages 6 and over must pay a round-trip fare of $7 or a one-way fare of $4. While the cost of a roundtrip for a family is $25.

The West Edmonton Mall is perhaps the only shopping center in the world where you can spend several days inside and still have joy. It is the biggest mall in North America, with over 800 retailers, and sets several other records.

North America’s biggest indoor waterpark, largest indoor amusement park, and biggest parking lot are all located there. We’re not done yet, however. The FantasyLand hotel, one of the prettiest in the city, is filled with a variety of awesome themed rooms. Other attractions include a huge movie theater, an aquarium, a full-size replica of the Santa Maria, a mini-golf, bars, and food outlets.

3- Embark on a Segway tour

Segway tours are another adventure provided by River Valley Adventure. The Legislative Building, Rogers Place, and the Royal Alberta Museum are just a few of the major attractions you can visit on a tour of downtown Edmonton with River Valley Adventure. It’s a wonderful way to try out your debut Segway, however, they can arrange trips in any way you prefer.

The biggest urban park in Canada is the North Saskatchewan River Valley Parks System in Edmonton. The River Valley is a terrific location to experience nature without departing the city since it has more than 7,284 hectares of land and more than 160 kilometers of walking trails. Lakes, ravines, zoos, golf courses, skiing, ice skating, and other activities are also present there. Even certain animals like hares, deer, skunks, and porcupines may be found.

5- Take a tour of the Ukrainian cultural heritage village

This outdoor museum, which is 25 minutes east of Edmonton, has restored structures from east-central Alberta that illustrate the story of early Ukrainian settlers in Alberta from 1892 to 1930. The museum, which was established in the 1970s, tells the tales of struggle and resilience via more than 35 reconstructed historic structures and costumed interpreters. These original settlers had a huge effect on Alberta’s identity.

Few Canadian cities, like Edmonton and Calgary, permit the use of scooters all through the city, and they are a great deal of fun to ride! In addition to hiring them on a minute-by-minute basis, YEG Scoot Rides also offers guided scooter tours of the city and the river valley. They make it simpler to see the city, particularly if it’s your first time riding a scooter, and they offer a variety of tours, such as a Wanderlust Picnic trip.

There are several professional sports teams in Edmonton. The NHL’s Edmonton Oilers, which originally belonged to the legendary Wayne Gretzky, are the most well-known of these. A game ticket is a must if you’re in the city during hockey season.

The Edmonton Eskimos of the Canadian Football League and FC Edmonton of the North American Soccer League are two further pro sports organizations. These teams often compete with those in Calgary, the other Albertan city. In Edmonton, there are a lot of junior sports teams. These are entertaining to watch, and you could get a peek at the next hockey, football, or soccer superstar.

The North Saskatchewan River, which you’ll see runs through Edmonton’s city center, is a sizable river. Paddling the river, which is located in the river valley, is one of the most popular activities in Edmonton, both for residents and visitors. You can canoe, kayak, paddleboard, or travel along the river in a canoe. We hired a raft from River Valley Adventure during our vacation, and we floated down the river from the Edmonton Valley Zoo to the center of Edmonton. The river changes throughout the year, but while we were there, it was quite still, at times seeming to be stationary. It was a terrific chance to see some nature and see Edmonton from a fresh perspective since we like tubing down rivers.

You must not pass up the opportunity to see the Edmonton Ice Castles if you’re in Edmonton between January and March throughout the winter. This acre-sized castle, which is sometimes likened to “Narnia,” has a variety of chambers and is very well-liked by Instagram users. Tunnels, a waterfall, and an ice labyrinth are all included. This is a distinctive activity in Edmonton.

10- Enjoy a variety of festivals

Given that Edmonton is referred to be the “City of Festivals,” you should do your best to attend one if you can. More than 50 festivals are held in the city each year, but some of the most well-known ones are the Edmonton International Fringe Festival, the Edmonton Folk Festival, and the 10-day K-Days, which feature celebrations, dancers, marches, musical performances, and a midway that livens up the city.

Your schedule is already booked up for many weeks. As you can see, Edmonton offers a wide range of activities. Tell us in comments about schedule and also help others in making their schedules for visiting Edmonton. See you in the next post. 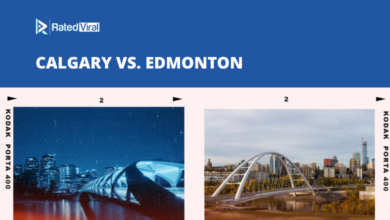 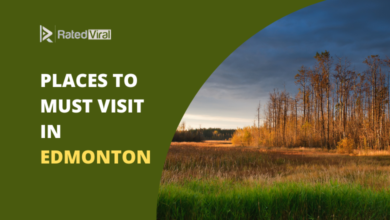 10 Places to Must Visit in Edmonton 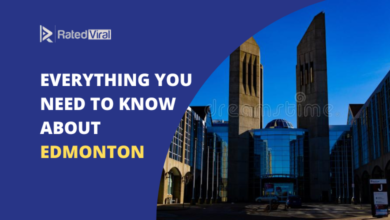 Everything You Need To Know About Edmonton 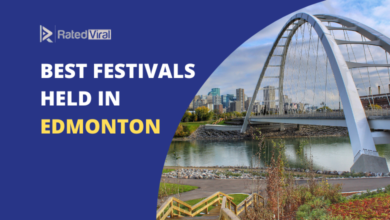