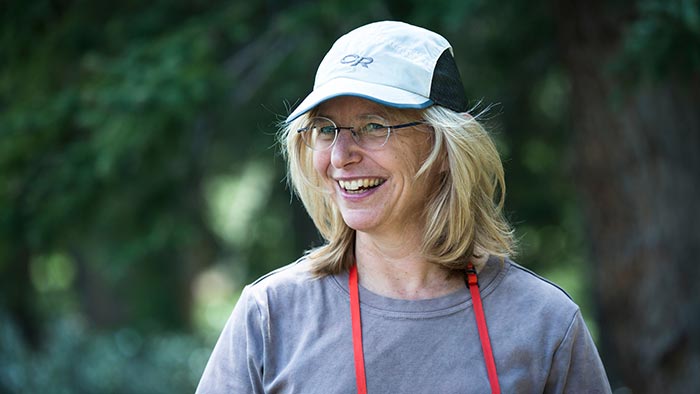 Anonymous maxim asserts that a reader lives thousands of lives before he dies true for 2020 and 2021.

The masses had plenty of time to read, and authors had a handful of time to write. From researched-based memories to enthralling fictional stories, authors gave treats to bibliophiles.

48 hours ago, Smithsonian magazine published the list of top 10 authors whose books are most read in 2021.

Suzanne Simard penned an immersing book this year swirling around the world of photosynthetic creatures surrounding us – the trees.

Simard has emphasized that trees are not mere a combination of the trunk, leaves, and branches to be cut down for furniture and papermaking; trees are living creatures capable of communicating and backing each other in growing and blossoming.

You May Also Like: Christine Quinn Discloses About ‘Postpartum Depression’ Amidst the Shooting of Selling Sunset!

Being an ecologist, she was qualified to pen down her views and researchers and shape them into a book. The name of her book is Finding the Mother Tree: Discovering the Wisdom of the Forest.

The Canadian author grew up in a logging family, but soon she felt that deforestation and clear-cutting of trees at a massive level could have disastrous effects on the planet Earth.

She studied at Oregon State University and earned a Ph.D. in forest sciences. In her book, she has stressed the connection plants and trees have with each other.

Simard proclaimed that the forest is a ‘Wood Wide Web’ similar to the ‘World Wide Web.’

The latter refers to the concept of globalization, while the former enlightens the concept that plants and trees share a variety of chemicals and essential nutrients through the underground network of roots.

She went on to write that the oldest tree of a region presents itself as a ‘Mother Tree’ and assists the growth of newly developing plants and trees.

In addition to sharing her research experience, she has demonstrated some aspects of her personal life. From her broken marriage to shedding light upon the war she waged against Cancer, she has explained everything in a captivating, engrossing, and immersing way.

The first on the list is a book, Under a White Sky: The Nature of the Future, jotted down by the winner of the Pulitzer Prize, Elizabeth Kolbert, followed by The Premonition: A Pandemic Story written by Michael Lewis.

“This book promises to change our understanding about what is really going on in the forest, and other pressing mysteries about the real world.”

So, Suzanne Simard surely did a great job!