Shenoah Reban, also known as Noah, is a 25-year-old blogger living in Coaldale, just outside of Lethbridge.
Bentley, her hometown, is located between Sylvan Lake and Gull Lake. Although Noah has a large extended family, her immediate family is quite different. When she was young, she always made friends, and her family accepted everyone as if they were their own. Noah’s family joked that they had “adopted” children in the neighbourhood. Everybody and their dog knew each other in their small town.

Noah has always been a very “hands-on” type of person. Her imagination and creativity have always been among her best traits. Welding has been a passion of hers since she was a teenager, and she continues to do it as part of her career. She also enjoys exploring the outdoors, camping, fishing, spending time with her dog, and hiking, among other things.

In the wake of suffering a difficult period in her life, Noah decided she needed to come out of her shell. She did so by becoming a model in order to foster greater self-love and confidence. Noah says so far it has worked! On her Instagram, Noah blogs most of her daily life which includes her modelling as well. As a result of her attempting something new, she has developed a great deal of confidence. Noah loves being her own unique self and spreading positivity to others through her social media platform. 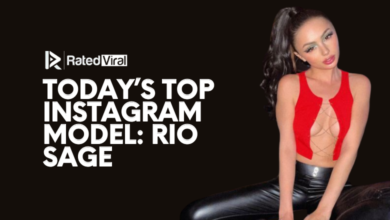